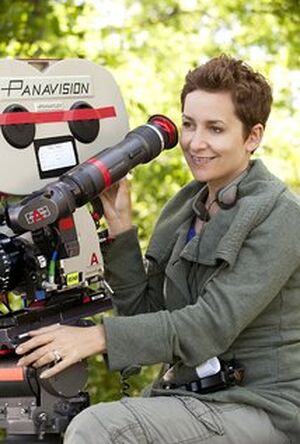 Uta Briesewitz, born September 1, 1967 in Leverkusen, Germany, is a cinematographer and director. She is a director for HBO's The Deuce. She helmed the first season episode "What Kind of Bad?". She worked with The Deuce creators David Simon and George Pelecanos on their earlier series The Wire as a cinematographer for the first three seasons. She went on to work as a cinematographer for the HBO series Hung and made her directorial debut with episodes of that series in 2011. She has since directed episodes of Weeds, Orange is the New Black, Jessica Jones and Iron Fist.