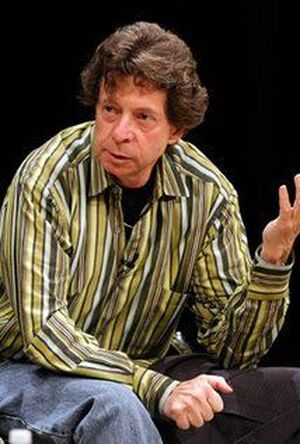 Richard Price, born October 12, 1949 in The Bronx, New York, USA, is a writer and film and television producer. He is a Writer and Executive Producer for HBO's The Deuce. He wrote the Season 1 episode "The Principle is All".

Clockers was published in 1992. It focused on drug dealers working in the projects of the fictional city of Dempsey, New Jersey. The novel explores the dynamics between the drug dealers, the police and the surrounding community.

Price returned to film writing following the publication of Clockers. He wrote the screenplay for Mad Dog and Glory (1993). He adapted his novel Clockers into a screenplay with director Spike Lee. The film, Clockers (1995), was directed by Lee. Price also wrote the screenplay for the crime film Kiss Of Death (1995). The film starred David Caruso as a reluctant informant against an unstable organised crime boss, played by Nicolas Cage.

He co-wrote the film Ransom (1996) with Alexander Ignon. The film starred Mel Gibson as the father of a kidnapped son and was a commercial and critical success.

Price returned to the setting of Dempsey, New Jersey with his sixth novel, Freedomland, published in 1998. The mystery novel focuses on the reported carjacking and abduction of a child from Dempsey leading to police blockades, mounting racial tension and social unrest.

Price completed a rewrite of the screenplay for Shaft (2000) working from the draft completed by director John Singleton and Shane Salerno. The film was a sequel to the 1970s series and starred Samuel L. Jackson in the title role.

Price's seventh novel Samaritan was published in 2003. The book focused on a Good Samaritan screenwriter and teacher whose acts of kindness have unexpected repercussions and explores the complex underlying motivations for his behaviour. The book is again set in Dempsey, New Jersey.

Price worked with The Deuce creators David Simon and George Pelecanos on the earlier HBO drama series The Wire. Price worked as a writer for The Wire for the shows third, fourth and fifth seasons. He penned the third season episodes "All Due Respect" and "Moral Midgetry" in 2004. He returned for the fourth season in 2006, contributing the episodes "Home Rooms" and "Corner Boys". He also wrote the screenplay for Freedomland (2006) based on his own novel. Freedomland starred Samuel L. Jackson as the lead investigator into the child's disappearance. He rejoined The Wire writing room for the fifth and final season in 2008. He wrote the episode "Took".

His eighth novel Lush Life was published in 2008. The book explores the far reaching effects of a murder in Manhattan, New York.

Price created the police drama NYC 22 in 2012. He wrote the screenplay for the film Child 44 (2015). Also in 2015 his book The Whites was published under the pseudonym Harry Brandt. The book explores obsession and revenge among investigators.

Price co-created the drama miniseries The Night Of (2016) with Steven Zaillian. The Deuce cast members Don Harvey and Mustafa Shakir had recurring roles in The Night Of.