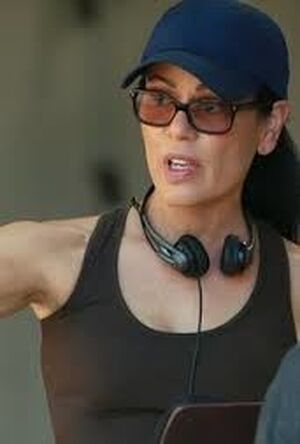 Roxann Dawson is an actress and television director. She is a director for HBO's The Deuce. She helmed the Season 1 episode "Why Me?". She worked with The Deuce creators David Simon and George Pelecanos on their earlier series Treme.

She starred in the science fiction series Star Trek: Voyager from 1995 to 2001 as B'Elanna Torres. She made her directorial debut in 1999 with an episode of Voyager. She went on to direct multiple episodes of Star Trek: Enterprise. She was a regular director and producer for the series Crossing Jordan, Cold Case and Scandal.

Treme co-creator and Executive Producer Eric Overmyer went on to create the crime drama series Bosch. He hired Dawson directed the episode "Donkey's Years" for the first season in 2015.