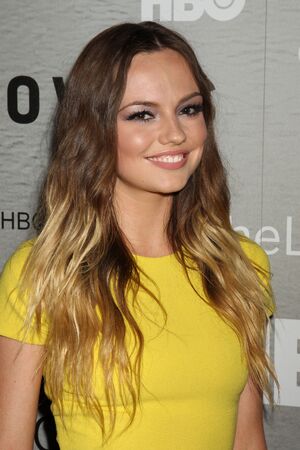 Emily Meade, born January 10, 1989 in New York City, New York, USA, is an actress. She has a starring role as Lori in HBO's The Deuce. She has previously worked with HBO on the series Boardwalk Empire and The Leftovers. She had a starring role in The Leftovers as Aimee in 2014. In Boardwalk Empire she had a guest starring role as a prostitute named Pearl. She appeared in the first season in 2010. The character is brutally attacked and disfigured, triggering a descent into opium abuse and suicide.