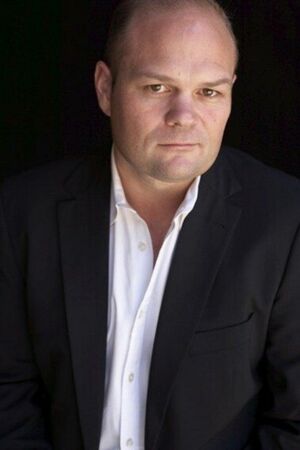 Chris Bauer, born October 28, 1966 in Los Angeles, California, USA, is an actor. He has a starring role as Bobby Dwyer in HBO's The Deuce.

He had a starring role in the crime drama Third Watch as Fred Yokas. His character was the husband of Officer Faith Yokas, played by starring cast member Molly Price. He appeared in all six seasons of the show from 1999 to 2005. He was initially a recurring guest star before joining the starring case in later seasons.

He worked with The Deuce creators David Simon and George Pelecanos on their earlier HBO series The Wire. He had a starring role in the second season in 2003 as stevedore and union leader Frank Sobotka.

Bauer has also starred in the HBO series True Blood as Sheriff Andy Bellefleur. He was a starring cast member across all seven seasons of the show from 2008 to 2014.

He had a recurring role in American Crime Story (2016) as Detective Tom Lange.