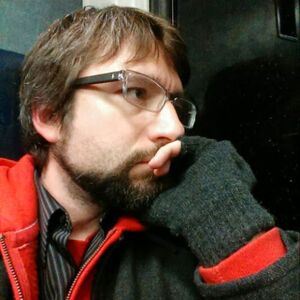 Chris Yakaitis is a television writer. He is a Staff Writer for HBO's The Deuce. He served as the Script Co-ordinator for the series pilot and was then promoted to Staff Writer when the series was picked up. He co-wrote the Season 1 episode "What Kind of Bad?" with Will Ralston.

He worked with The Deuce creators David Simon and George Pelecanos on the earlier HBO series The Wire and Treme and with Simon only on the HBO miniseries Show Me a Hero.

He has been active since 2008 when he worked as a researcher for the fifth season of The Wire. He has also worked on the television feature We Are One: The Obama Inaugural Celebration at the Lincoln Memorial (2009).

He was a Script Coordinator and writer for Treme from 2010 to 2013. He worked on the first, second, third and fourth seasons of the show. He co-wrote the teleplay for the episode "The Greatest Love" with Mari Kornhauser from a story by series co-creator David Simon.

He served as Script Coordinator for the HBO miniseries Show Me a Hero in 2015. The show was created by David Simon and fellow The Wire writer William F. Zorzi.