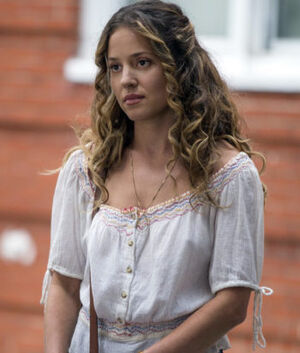 Abigail "Abby" Parker is a main character on HBO's The Deuce. She is portrayed by Margarita Levieva. Abby is an adventurous college student from Old Saybrook CT, who gets into a long-term, open relationship with Vincent Martino. She is cis-gendered and bisexual.

Abby manages The Hi-Hat bar, which is reportedly based on a real bar called Tin Pan Alley. Like the club depicted in the show, it was said to be a melting pot where people of all walks of life came together. She is intelligent and takes active interest in fighting for the welfare of sexworkers and other women who come to her bar.

By the end of the show, she is shown to have ended her relationship with Vincent and to have become a lawyer.